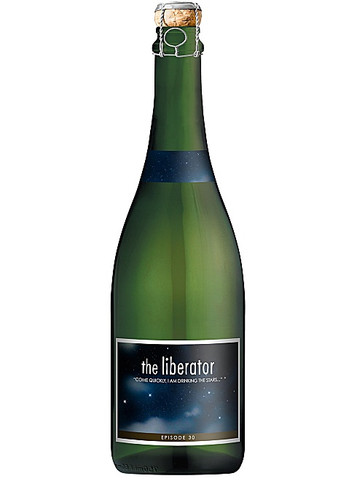 This rare parcel came into Rick’s view in March 2020, when he was presented with a bottle, still on its original crown cap. The wine had gently been sleeping sur lattes for the previous five years.

This Methode Cap Classique is from Vierfontein, a 25 hectare farm located just outside the town of Napier, some 30 minutes drive from the ocean on the Cape south coast. Vineyards were first planted here in the early 2000s and owner, Jannie Gutters, supplies grapes to some very good addresses, but he does bottle some wine under his own Dabar label, which is where this MCC was first destined.

The base wine is a blend of 60% Chardonnay and 40% Pinot Noir, with both fermented in barrel. It was bottled in January 2016 and, after Rick had confirmed his interest, degorge in December 2020. A total of some 60 months on the lees, with a relatively low dosage of 8g/litre.

The title, ‘Come quickly, I am drinking the stars’, is attributed to Dom Perignon on what is claimed by the Champenois as the night he ‘invented’ Champagne. Sadly, the quote is nothing more than apocryphal. This evocative declaration is said to have been first used on a Champagne poster advertisement dating back to the 1880s.

During his tenure at the Abbey of Hautvilliers, DP was as much trying to get the bubbles out of the bottle as propagate them…
On tasting it for the first time Rick declared: If Champagne is the stars, this is the Northern Lights…

The Liberator Episode 29 Chenin Blanc No.5

Rick was once asked by an adoring fan what he drinks in bed. Immediately paraphrasing the famous Mar

Napoleon Bona Part Four is a sweet wine, produced from Muscat grapes, very much in the classic

The Liberator Episode 31 Rieslings to be Cheerful

Everything happens for a Riesling… Calitzdorp is not the logical place to go hunting for Riesling, b

Rick, ever the hopeless romantic, believes it may just be a cruel joke of nature that many of us are

The Liberator Episode 36 This Is The Sea Albarino

Rick, ever the hopeless romantic, believes it may just be a cruel joke of nature that many of us are

The Liberator The Bishop of Norwich Cape LBV

The Bishop of Norwich has become something of a seasonal offering. Produced from a vineyard planted

Deep crimson in colour this wine is bursting with ripe cherry, blackcurrants and complex five-spice

Napoleon Bona Part Four is a sweet wine, produced from Muscat grapes, very much in the classic Const