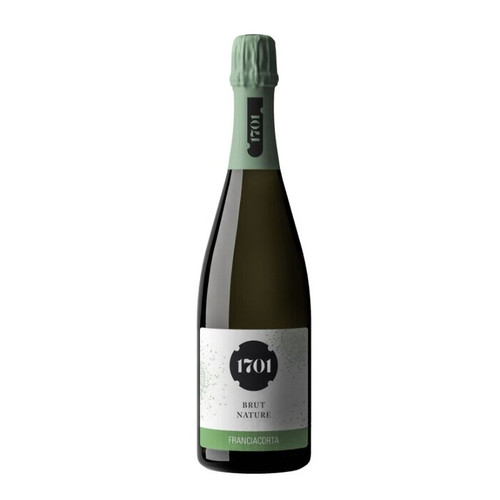 Brother and sister, Federico and Silvia Stefini, are passionate about nature, wine and Franciacorta. In 2012, they decided to revitalise a winery with over three hundred years of history, following the principles and methods of organic and biodynamic viticulture. In 2015, the winery was certified organic. In February 2016, they joined Renaissance des Appellations, a winemakers’ association created by Nicolas Joly in 2001 which represents approximately 170 producers worldwide who farm biodynamically. In July 2016, they achieved the coveted Demeter certification.

They cultivate ten hectares, eight Chardonnay and two Pinot Noir, in Cazzago San Martino in the heart of Franciacorta, a region defined by its amphitheatre moraine formed as a result of the glacial period. Their land is rich in sand and loam, with exceptional drainage and, thanks to biodynamic farming, increasingly rich in microbiological life. The Franciacorta region also benefits greatly from its proximity to Lake Iseo which has a strong mitigating effect on temperatures in both summer and winter.

Their philosophy revolves around the rediscovery of the value of life and nature. They believe in the pivotal role agriculture plays in their lives, something which has shaped their organic and biodynamic viticulture practices, allowing them to create wine that is in perfect harmony with its terroir. They work closely with the vine, understanding and respecting its lifecycle until the point, when bottled, it can fully express its vitality and character and above all the authenticity and expression of its terroir.

1701 Franciacorta Brut is a blend of Chardonnay 85% and Pinot Nero (Pinot Noir) 15%. Its full palate is balanced by marked acidity. Mineral hints softened by fresh fruits and a lingering flavour of red apple.

On the top of Santa Giulia hill, beside the cluniac church of the same name, the glorious eighteenth century villa Palazzo Cazzago is home to the 1701 winery. The villa is part of ancient land belonging to the noble families of Bettoni and Cazzago. The land includes approximately 15 hectares of hillside in Cazzago San Martino, Franciacorta.

The name 1701 was chosen to recall the first vinification of their “brolo”, a 4-hectare vineyard framed by XI century walls. 1701 Franciacorta is a 10 ha organic and biodynamically certified winery. As members of Renaissance des Appellations they follow biodynamic farming methods – an approach which excludes any chemical intervention. It is ultimately a philosophy of life, about working closely with the vine, understanding and respecting its life cycle until the point when bottled it can fully express its vitality and character and above all the authenticity of its terroir.

Grapes are hand harvested and whole bunches are put into stainless vats Secondary fermentation takes place in the bottle – on the lees for 30 months before bottling. Also undergoes a very light filtration.

The Franciacorta wine region lies at the heart of Lombardy, bordering Lake Iseo on its northern side. It covers about 200 sq. kilometers across 19 municipalities in the Province of Brescia. The picturesque landscape was formed by retreating glaciers that left mineral-rich soil in their place nearly 10,000 years ago.

Perhaps lesser known than Italy’s more widely distributed sparkling wine - Prosecco - Franciacorta is more similar in style to a Champagne or Cava, as it is a bottle-fermented wine as opposed to tank-fermented like Prosecco, giving it a reputation as a highly underrated wine of exceptional quality. As a high-quality sparkling wine made in the Méthode Traditionelle from Chardonnay and Pinot Noir (with limited amounts of Pinot Blanc), Franciacorta is clearly Italy's answer to Champagne. The wine comes in both non-vintage and vintage forms, and the standard white is complemented by a rosé version (for which the base wine must be at least 25% Pinot Noir). There is even a blanc de blancs equivalent called Franciacorta Satèn, made exclusively from Chardonnay and Pinot Bianco.

All Franciacorta wine is bottle-aged on its lees, to increase its complexity and flavour integration. The ageing period is 18 months for the non-vintage wines, 24 months for the rosé and satèn, 30 months for the vintage-marked millesimato and an impressive 60 months for the riserva wines. The grapes that are permitted in production are Chardonnay, Pinot Nero, and Pinot Bianco, with the last only being permitted in up to 50% of the blend.