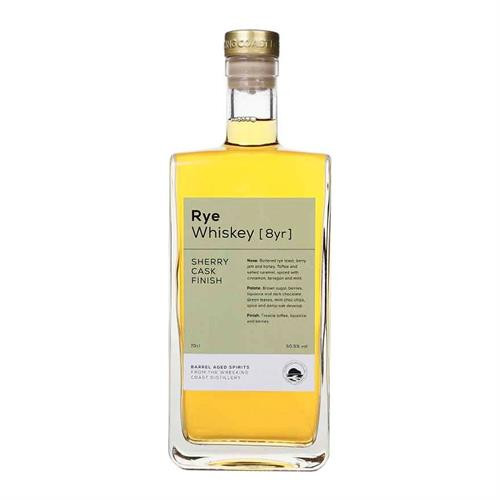 Avian at the Wrecking Coast Distillery in Cornwall has been hard at work ageing spirits to give them a benchmark for their own aged spirit... (more to come in the future wink wink, nudge nudge).

The first release is a sherry cask finished 8 year old rye whiskey from Germany. After a long search they settled on this modern take on rye whiskey, very different from the American ryes that we are more familiar with, but still with classic rye spice at its core. This whiskey balances sweetness and spice, and layers in fruitiness from the spirit, as well as some extra depth from its time finishing in sherry casks. It’s the perfect inspiration for their own whisky and a base for their ongoing experiments.

A delicious sloe gin made by our friend Avian up in Tintagel. Drier than many sloe gins on the marke

A 10 year old whiskey from Hinch, which takes its name from the nearby town of Ballynahinch, with th

STOCK ARRIVING AND AVAILABLE TO ORDER ONLINE FROM AUTUMN 2022. In the meantime, please call the shop

This has got to be the wine of the summer! Tiny, tiny production so grab yours whilst you can. TAMLY

Often referred to as the Grand Cru of the Midi (South of France), the Mas de Daumas Gassac top-tier

Thrapsathiri 100%. "Armi" is the word they use in the Cretan dialect to define the top of a mountain

The family discovered the quality potential of East Crete since the 1970's. Originally on the “Vóil